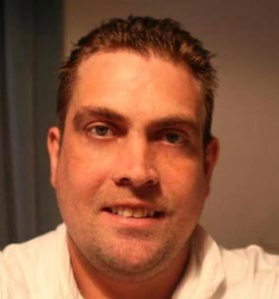 Well I guess that I should write a little about me here to create a little context!
I now live in the armpit of rural Norfolk in the UK.
It wasn’t always thus, when I was a grumpy teenager I lived in Suffolk and while I was studying (I use the term loosely) art at Suffolk College in the Nineties both my Kidneys failed. I hadn’t really up to that point accepted that they were on the way out even with regular visits to a nephrologist, so when it happened it was quite a shock to the system. At nineteen I was already a walking receptical of raging hormones so renal failure was a particular bind.
I commenced peritonial dialysis shortly after, choosing this method of dialysis because it enabled me to finish college. During this time my mother put herself forward as a potential donor and we underwent the various tests to see if we were a good match, which we were. We then started regular exercise to put ourselves in the best possible condition both for our respective operations and to give us a chance at a speedy recovery.
We underwent the operation on the 14th November 1996 at Addenbrookes in Cambridge, and barring a few hiccups at the start, my mother’s kidney has served me with great distinction. One of my particularly fond moments was a few days post op where I was celebrating my 21st birthday in the HDU on the 19th. I was just starting to feel sorry for myself (steriods) when a couple of nurses entered with a birthday cake with lit candles. The only problem was the cake had a plastic surround which promptly caught fire. Luckily the combined effort of myself and 2 nurses managed to blow out the flames (and the candles) just before the fire alarm went off – which would have been very interesting for everyone there what with us being on the 9th floor. All in all it cheered me up immensely.

Shortly after discharge, with staples still in my tummy I travelled around the UK with my folks looking at Uni’s and settled on Staffordshire University and with a new lease on life attended the following September studying (I use the term loosely…) photography.

I was doing my best to fail my degree when in January 2000 (what should have been my final year) I was rushed into hospital after a routine blood test, and thanks to a doctor who rigorously tested me and would not give up until he had a satisfactory result, was diagnosed with Hodgkins Lymphoma.
Once again my world collapsed around me, and I was transported back to Addenbrookes for Chemotherapy, which with a lot of ill feelings, weakness and the occasional projectile vomit, not to mention the “bald as a baby” look, was in the end a success.
So back to Uni I went in the following September and retook my final year. It was hard work as I was very weak and could only walk a few yards at a time to begin with and had to crawl up the stairs to go to my room. But little by little I regained some of my strength by taking my camera for a walk every day around Stoke, each time pushing myself a little bit more.
I’m happy to say I gained my degree, something that I’m proud of to this day.
After graduation I went and stayed at my parents and helped out where I could with their fishery and fish farm, trying to use the time to regain my strength so that I could travel the world and make a living as a famous photographer, but unfortunately the chemo had damaged the kidney and my kidney function slowly deteriorated, so instead of becoming stronger I have become weaker.

Which takes us up to the present.
I am now back on dialysis, starting in September 2009. Haemodialysis this time which means a trip to cambridge 3 times a week for 4 hours of treatment. I still try to help with my parents business – but these days I am of very limited help. And so far as traveling and becoming a famous photographer, I have had to postpone that for the time being.
On my days off from dialysis, providing I am well enough, I like to go out and photograph, my particular interests being nature and landscape photography.

So that’s me in a nutshell folks. I’ve noticed that there aren’t very many blogs out there talking about life on dialysis or life with a transplant so here we are. I hope my blog gets read at least a little, and I hope people contribute their own thoughts and experiences.
Many thanks,
Chris